Overcoming the Terror of Change and the Anguish of Loss

My last two childbirths were vaginal births after cesarian.  My first two births were good and I learned a lot about the strength of my body, of my womb.  My third baby was born cesarian because my obstetrician was unwilling to help me help the baby move, though she was head down but slightly at the wrong angle.  My next birth experience was okay, until my uterus simply stopped functioning in the middle of pushing.  Terror swept through me as I did not know my own body.  I felt betrayed by it.  Maybe it felt betrayed by me for not insisting my doctor help me avoid a c-section (every doctor who reviewed the conditions of the c-section afterwards said it was unnecessary).  But when I use the word terror, it isn't lightly.  It was like driving a tank into battle and realizing you were in a minivan and you had your kids on board. Thankfully, by God's literal grace, I birthed my last two children, I literally asked God to bring the babies out and that is how they were born.  My body had quit.  It lasted less than an hour (the final stage).  It took me years to get confidence back in my body. 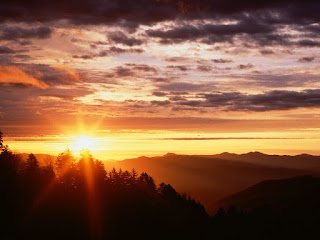 As I've faced severe adrenal and thyroid fatigue with severe anemia these last few years, it's been a bit like that labor experience.  My body has not been what it was, it's been simply incapable of what I "normally" do.  In some ways it's been like going through puberty all over again with my body changing and not feeling at all the same, only this time it was losing abilities, not gaining them.  In both situations, I had to cry out to God to deliver and heal me.  He did it in His time, but He did it.  I've improved so much that now I have many consistently good energy days and I recover much quicker, this happened in about half the time it "should" have.  Only this time, it wasn't an hour, it was a few years, but like the delivery, I had no idea there was something wrong until I was in the "thick" of it.

In my pride and arrogance, I had retaliated against God for all I saw had been done to me.  The passing of my mother was the last straw....I made it the last straw.  In the highest of arrogance, stubbornness, and self-will I behaved as if God had taken her from me, rather than remembering God had leant her to me and she had returned from whence she came and to whom she loved to be with, and where it was time for her to be.  This was a far harder pit to dig out of, for with the trauma of the birth I had leaned into God, not away.  This time, I had leaned away, it was much harder to come back from. I believe the fatigue would not have been as severe had I leaned into God instead of away.  Who knows?  Only God. 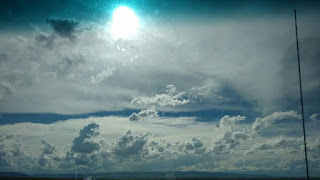 Why do these questions matter, how can they be productive?
They help me, and hopefully you, to remember that blaming only makes it harder and I never want to go there again and miss all the blessings open to me as I lean in, not Away.

How can I recover now?
Lean in, not away.

Liz is an expert at recovery from low self-esteem, abuse, trauma, anxiety and depression as well as marriage rejuvenation and resuscitation. She believes in the power of Christ to heal and resurrect our lives, our hopes, our happiness, and our relationships. She helps people eliminate the blockages and hinderances that keep people from accessing His power in their lives to heal or to live better when healing isn't God's plan...yet.
How can she help you come closer to Heaven on Earth?
To reach her:
Text:
912-484-5621
or
E-mail: lizkingbradley@gmail.com

I imported many posts from my other blog and they have the date they were imported, so it looks like I wrote about 70 posts in May-July, but they are from 2012-2016.